2014 Projects that I will add and arrange as I go along: 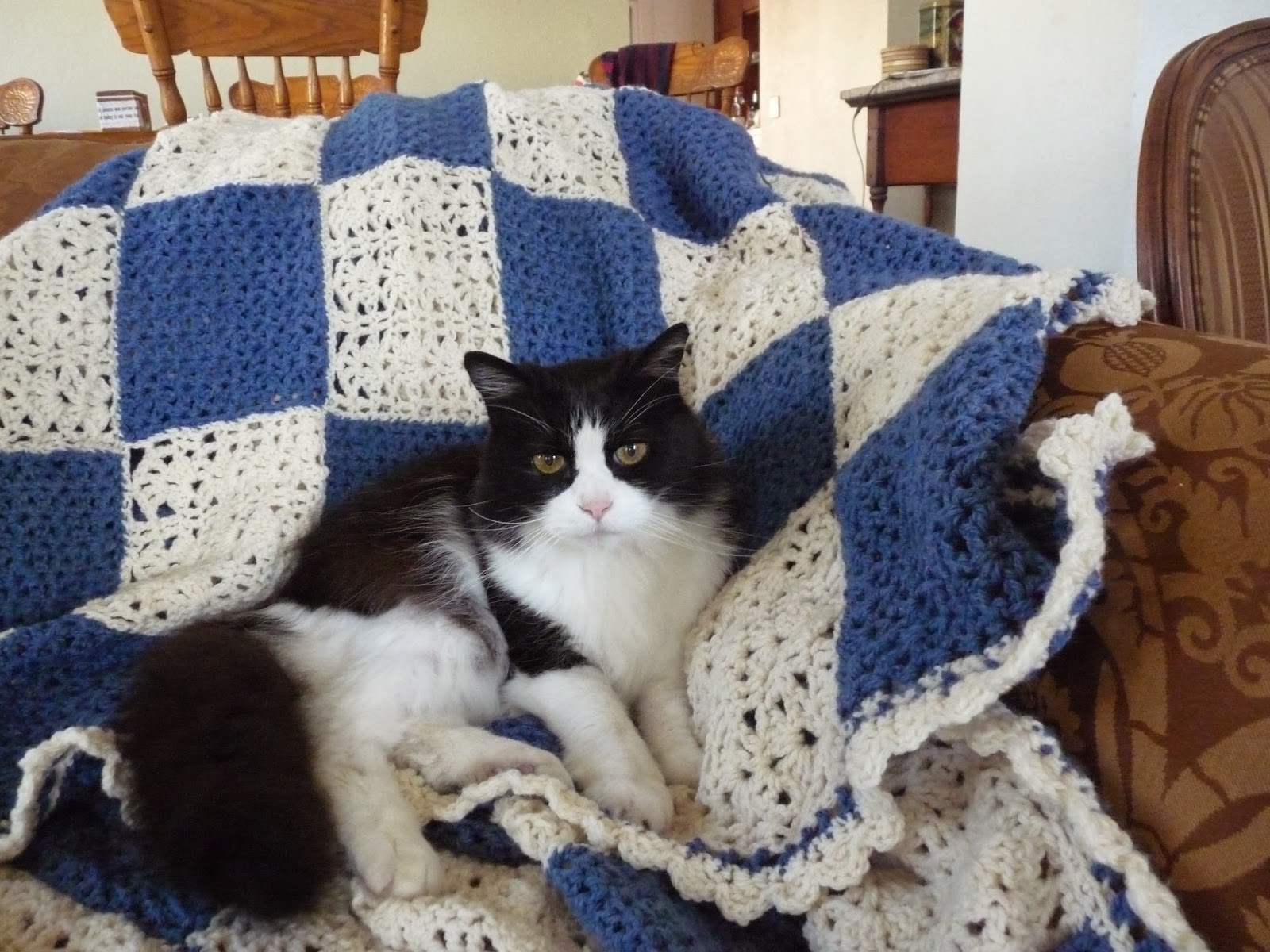 Blue and White Crocheted Afghan - started in 2011 and determined to finish in Jan 2014. Finished! And it us now with its new owner, my son in New Haven, CT. (Oscar decided to stay home) 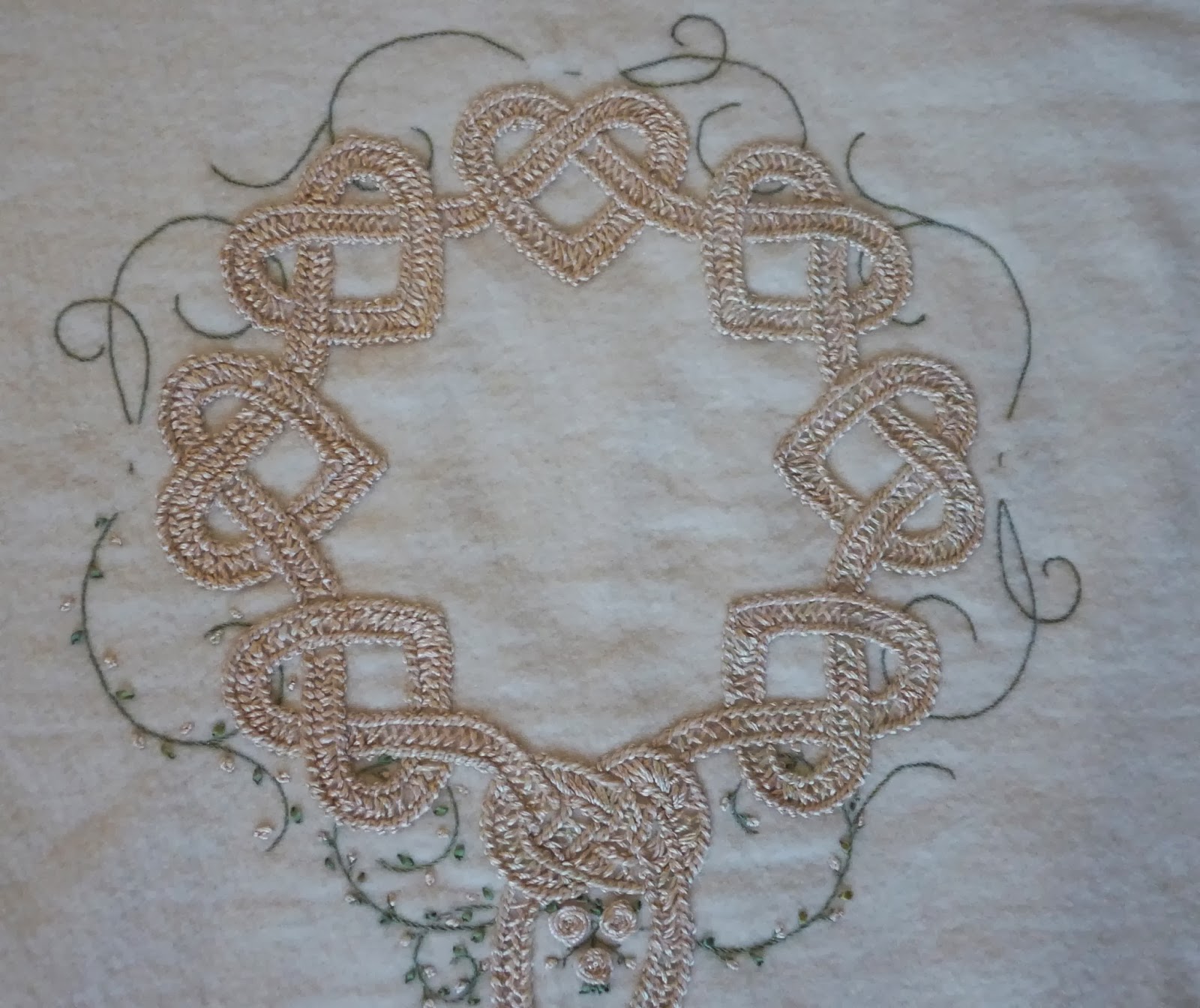 Celtic Hearts Blanket - started in 2009 at Beating Around the Bush in Adelaide, South Australia. As of Jan 16, 2014, on hiatus until I figure out what to do with the rest of the threads I have. I am so annoyed. 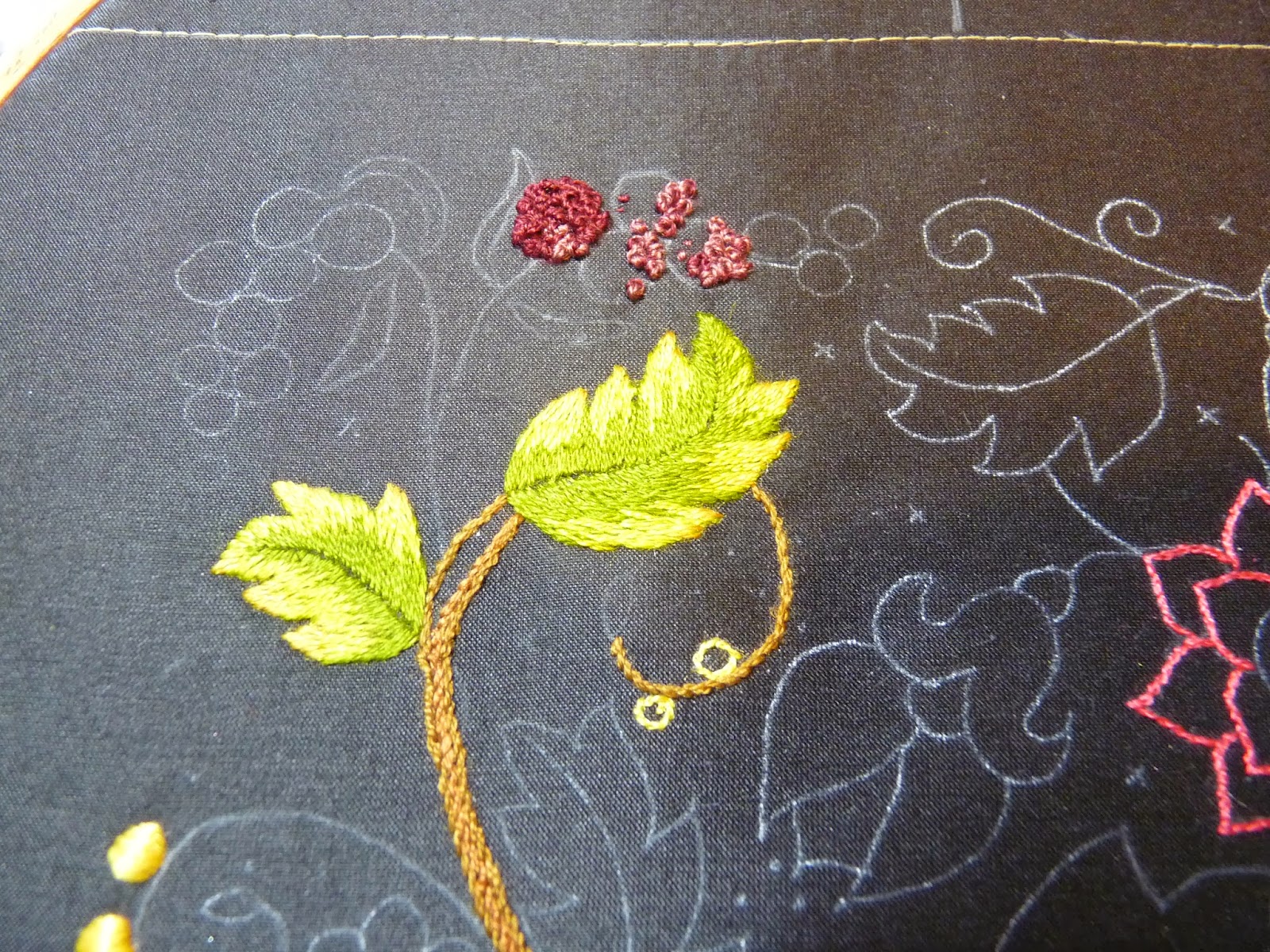 Blue and Cream Quilt (not to be confused with the Afghan, above) It's off to the quilter as of April 7, and I'm still working on scraps. 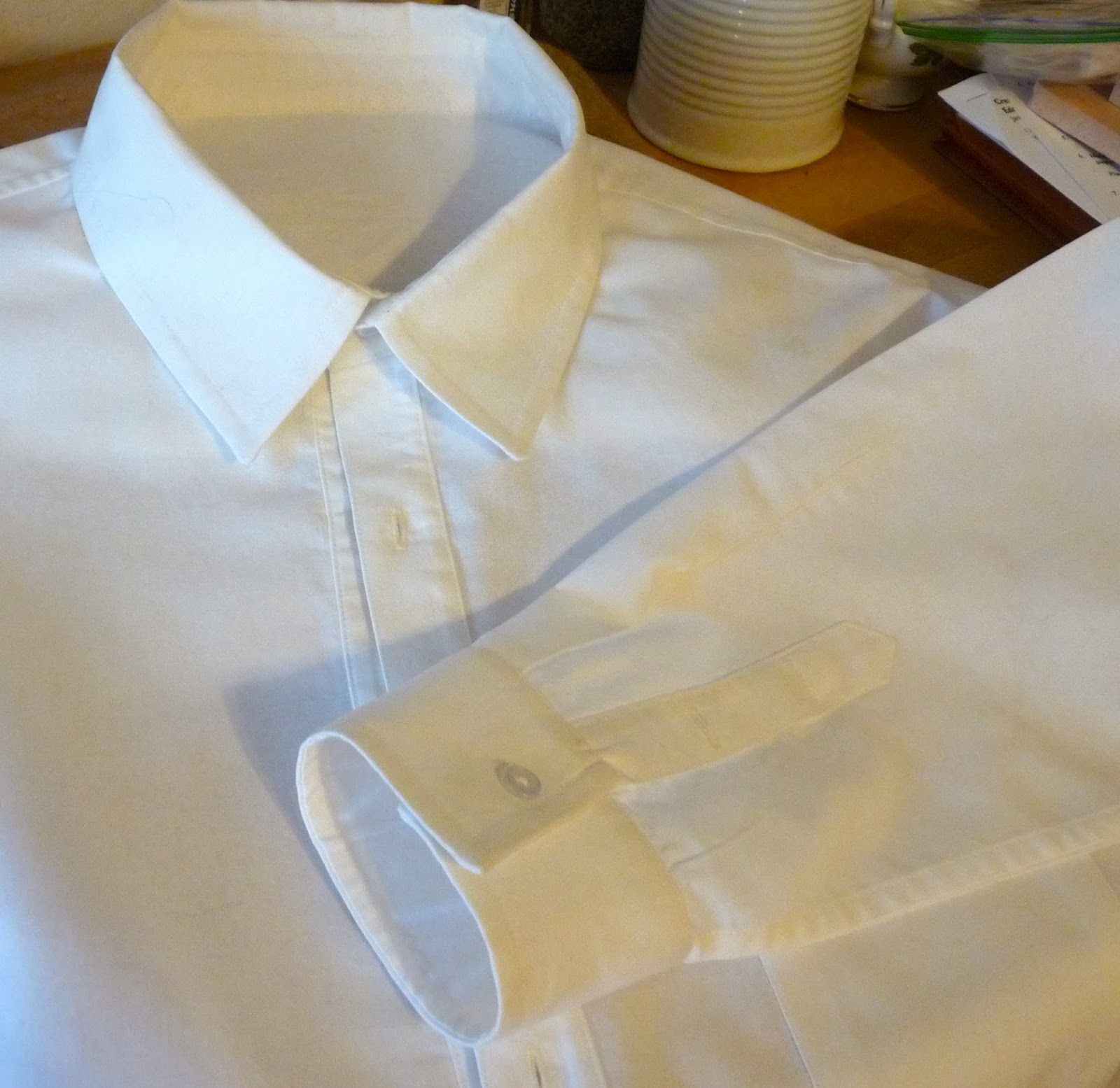 Tailored Shirts for my sons, this is a Craftsy Class. The photo is essentially a wearable muslin, I still need to make actual shirts.

Granddaughter's Jeans (need to be lengthened)

Couture Dress, also a Craftsy Class
Travel Jacket
Pants, I took a pants fitting class last year and need to tweak the fit a bit
Jeans, from the Pants class above

Blue and white afghan - you know, the one with the handsome cat on it.