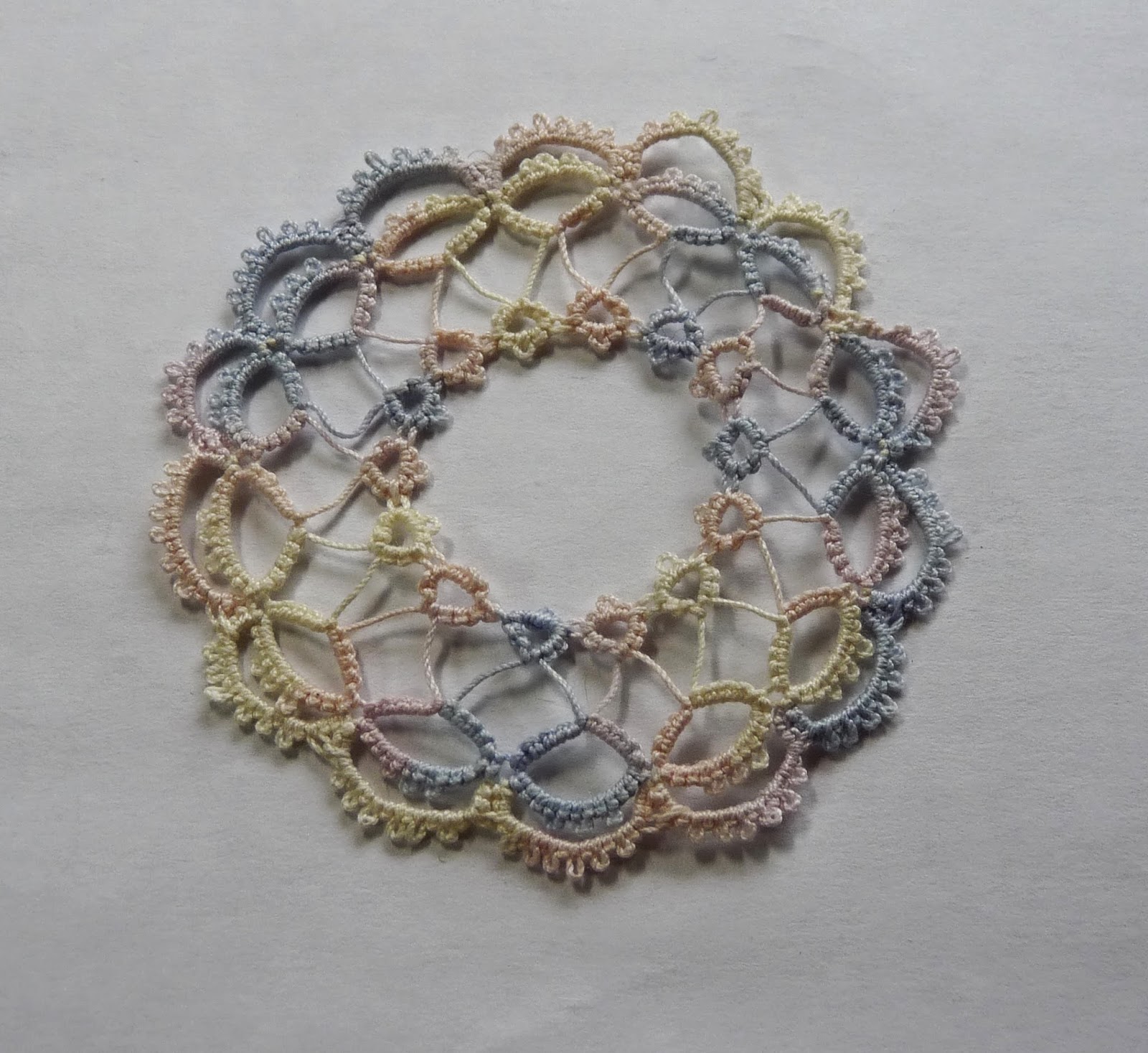 I'm so sorry to say that I am in serious danger of becoming addicted to tatting. I like it better than crocheting, but of course, it is very different in its execution and its uses. You can make whole garments out of crocheting, but not so with tatting - too transparent. Although I have seen a photo of a pair of undies made from tatting which were pretty racy! At any rate, my first effort is shown above, just a little circle that I made and that took me three or four times to close properly. 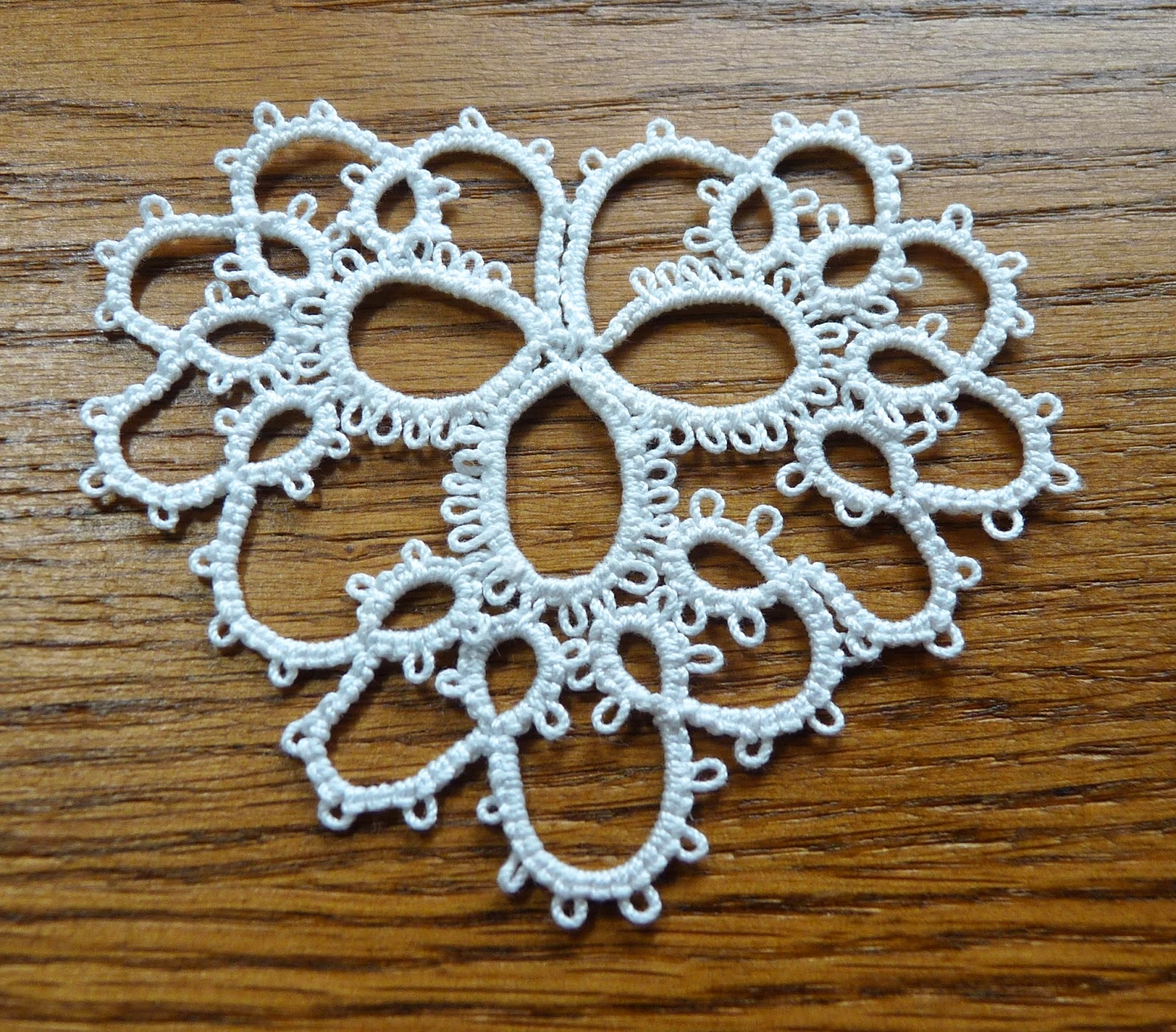 Then I made this heart. It is out of DMC Cordonnet 10, which is pretty thick thread. I first tried it with DMC Perlè 8, which is really soft and to my inexperienced hands, difficult to use for tatting. I made the center of the heart, then it became hopelessly tangled so I cut it and threw it out. I should save all those disasters as there seem to be quite a few of them.  This heart has so many things wrong with it, mainly the picots, especially the joining picots, are just too large. I also miscounted the picots on the center large ring and really need to work on tension. But it's good to keep these early efforts just to see how I will improve with more work. 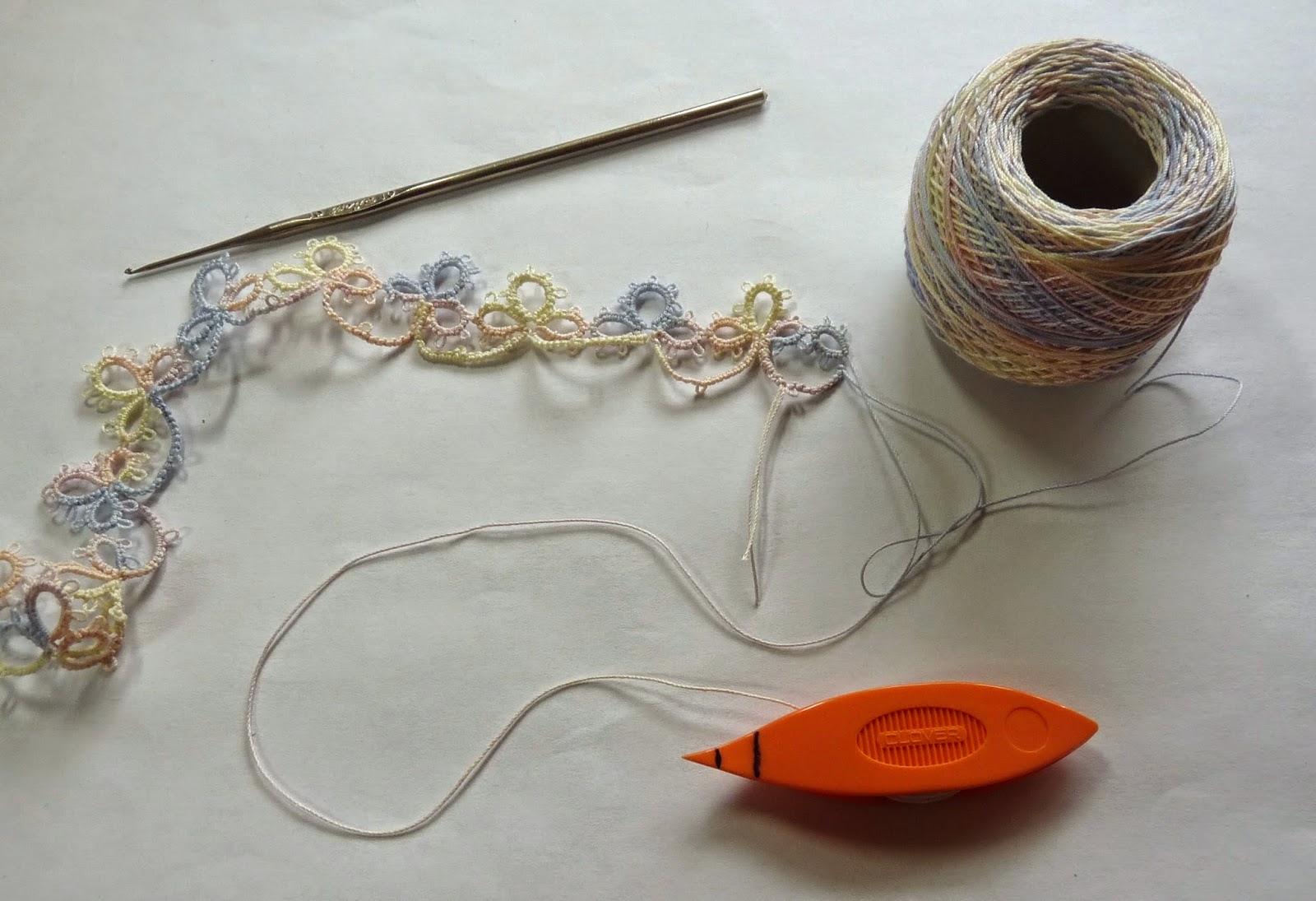 I decided to make a length of tatted lace for a nightgown using this pastel thread, the same as in the tiny doily above. Before I decided to do this, I gave a ball to a friend who is taking the tatting lessons with me for her to practice on. Then I started the length of lace. But it turns out that this particular thread, Flora HH 20, color 80, is discontinued and not available anywhere. So I had to ask for it back. Luckily, my friend understood completely and gave it back to me.

Early this week Mr. California Stitching and I drove to Berkeley to see the Smocking Exhibit at Lacis. I'll post about that trip separately, as I have several photos to show you. But I also shopped at the store where they had two balls of the pastel Flora HH 20, which I immediately purchased. 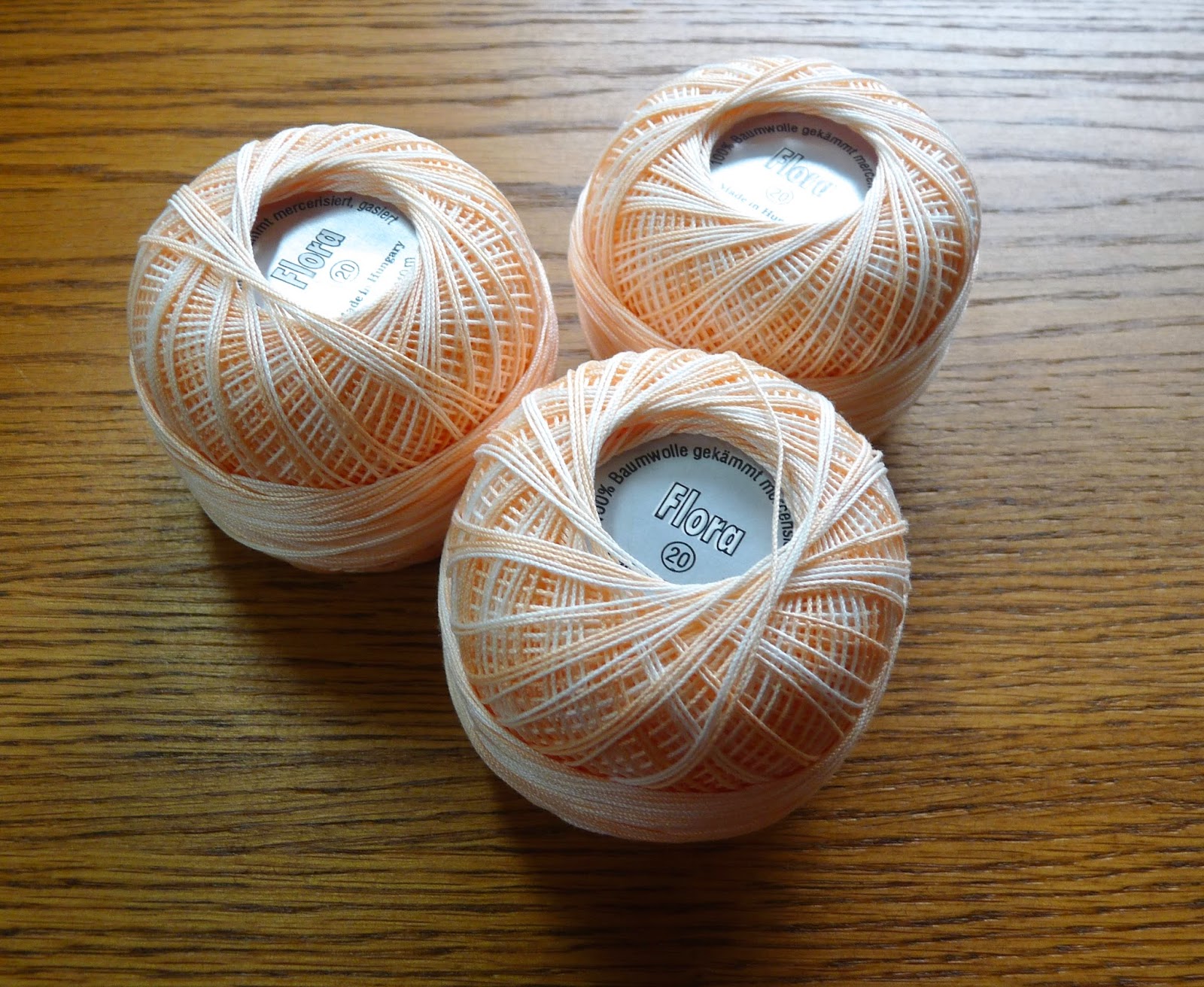 It turns out that Flora HH is being completely discontinued, so I also purchased all their inventory of a luscious light orange variegated thread which reminds me of the Dreamsicles we always bought from the ice cream truck as children. This was only three balls, and I'll have to make some lace with it.

It is Friday night and I can hear the fireworks at Disneyland, which is about a 45 minute drive from my house. I haven't been there in decades. One day I'll go, maybe with my lovely granddaughter. Speaking of lovely granddaughter, Mr. CS and I will be visiting her next week, so I will be out of town. Not that you would notice, as I haven't been posting each week as I should.

Posted by Cynthia Gilbreth at 10:40 AM 6 comments: